The recent migration flows of refugees to Germany allow for the investigation of social contact between new arrivals and the longer-residing population. By examining this contact from the perspective of natives, I try to explain why West Germans have more frequent contact with refugees compared to their East German counterparts. I add the role of natives’ religiosity to the explanation and, thereby, integrate it into the ‘opportunities–preferences–third parties’ framework, which is commonly used to explain inter-ethnic contact. Based on data from the GGSS (German General Social Survey) in 2016, and by applying logistic regression, I show that natives’ religiosity (highly religious constitute an exception) is a facilitating factor for the establishment of contact with refugees, whereas the role of natives’ religious affiliation is inconclusive. By means of mediation analysis and effect decomposition, it is revealed that the East-West divide in contact with recent refugees is – among other well-known explanatory factors (number of refugees, attitudes towards refugees, and economic situation) – attributable to natives’ lower degree of religiosity in East Germany. The differing number of Christians and Muslims between East and West Germany is not decisive in this regard. In conclusion, the study provides an example of how different contexts of reception, secularised East Germany and less secularised West Germany, shape social contact between natives and refugees, and, thereby, also influence the early integration processes of new arrivals. 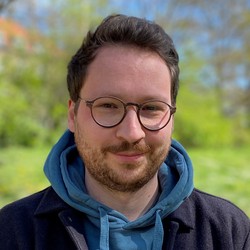 Head of the Research Unit “Causes and developments of deviant behaviour” at the Criminological Research Institute of Lower Saxony (KFN), Germany